There is a rich diversity of terms, concepts and practices in existence, related to lowering the environmental impact of network infrastructure. In this worksession we'll work on a mapping of these terms, through the construction of an 'executable glossary': a glossary in which each entry describes a term but also includes steps towards implementation, holding the middle between a pattern language and a glossary. After a brief introduction of a few existing and emerging practices, such as permacomputing, we'll collectively add new entries, modify exiting ones, visualize and (re)structure. Instead of static definitions, we'll try to show changes in use throughout time, what words describing practices 'do', including contradictions and contested meanings.

During the session we'll stick to low-tech ways of working, using network and computing only when needed. The outcome of the session is the start of an executable glossary in which each entry strenghens the others, together forming a strong counternarrative: alternatives are possible and already exist.

THE WORKSHOP IS FULL, registering is not possible anymore. 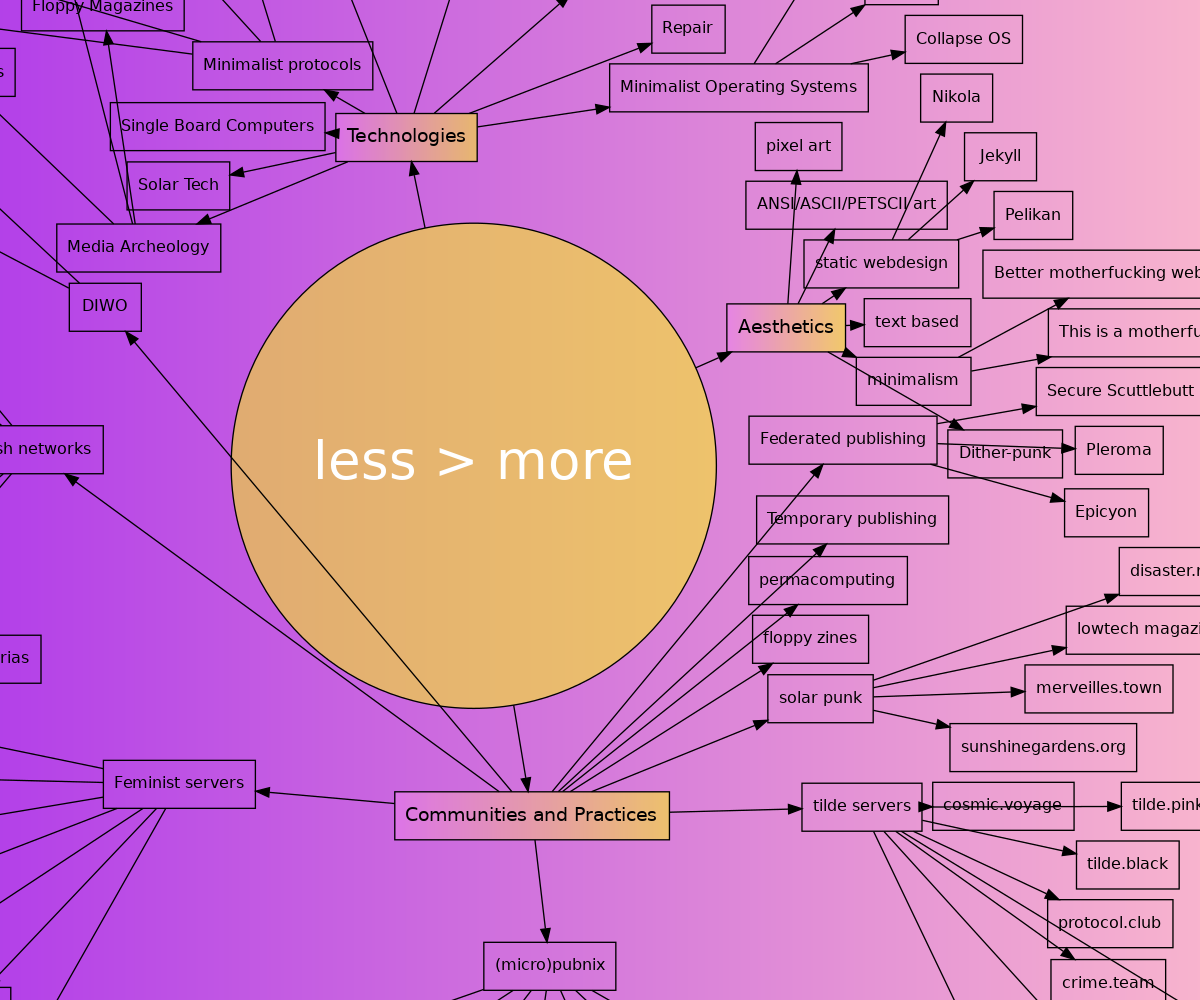